If your organization’s goal is to defeat adverse legislation, promote commonsense reform or develop a complex legislative agenda, we are your strategic voice in Raleigh.

Do you know the chair of the committee that will hear legislation directly impacting your organization and your mission? Do you have the time to build a working relationship with them before your legislation is before the committee? We have relationships with a broad range of public and elected officials. We know the people, the politics, the procedures and the landmines to avoid. We utilize our strategic approach and vast experience to assist our clients.

Staying ahead of the curve can mean the difference of winning or losing. Our firm provides our clients with in-depth and real-time tracking of legislation, committee meeting updates and upcoming legislative activity. Brubaker & Associates can help your organization manage and engage in the issues that affect your industry.

Our team brings your organization unparalleled credentials, extensive knowledge about your key issues and the ability to shape policy at the highest levels.

Harold Brubaker was elected to the North Carolina House of Representatives from 1977 to 2012. Brubaker served as joint caucus leader 1979-1980, House Minority Leader 1981-1984 and the first and only Republican Speaker of the North Carolina House of Representatives in the 20th century. He has been the author of major legislations over the years in the financial area as well as insurance, public utilities, and health.

Brubaker has served on the House Financial Institution Committee, Public Utilities Committee, Insurance Committee and Health Committee for over 30 years. He was the House Senior Budget writer during the 2011-2012 sessions.

Since August of 1988 thru 2012 Brubaker has served on the Board of Directors of the American Legislative Exchange Council (ALEC) and as National Chairman in 1994. He has served on the Executive Committee of the Southern Legislative Conference (SLC) and was appointed to serve on committees of the National Conference of State Legislatures. (NCSL) With his national exposure he has contacts in all 50 legislatures.

While serving in leadership in the North Carolina General Assembly, Harold Brubaker gained the experience of the legislative process. The relationships cultivated on both sides of the aisle will prove effective on behalf of his clients.

He is married to Geraldine B. Brubaker and has two children, Jonathan and Justin, and attends Back Creek Friends Meeting in Asheboro, North Carolina.

While in law school, Sarah served as a legal intern at the NC Real Estate Commission and a Research Fellow at the NC Coastal Planning and Policy Center where she gained valuable experience in administrative law, state-level agency decision-making and implementation processes, legislative drafting and policy research. This experience molded Sarah’s passion for helping clients in the public policy sphere.

Immediately after law school, Sarah practiced business and corporate law in Raleigh. Desiring to get back into the public policy sector, Sarah connected with Harold Brubaker and their interests aligned as they set forth to build Brubaker and Associates. Sarah is an integral member of the team that has helped grow the business by providing clients with insightful and actionable counsel to achieve their public policy goals.

In her free time, Sarah is a member of the Junior League of Raleigh and belongs to the North Carolina Professional Lobbyist Association, where she routinely helps plan the annual Young Lobbyist Legislative Reception.

Sarah resides in Raleigh with her husband, her son, and dog.

Jonathan Brubaker grew up in the North Carolina Legislature. Son of Speaker Harold Brubaker, Jonathan has worked alongside his father at the General Assembly for nearly 35 years and has had a front-row seat to the legislative process since he was a young boy. At six years old, Jonathan started out selling coffee for 25ç a cup on the floor of the House Chamber. As a middle and high school student, he served as a House Page for six years before he began studying at Appalachian State University. Jonathan has a bachelors degree in Real Estate and Government Planning.

As an active lobbyist and the firm’s office manager, Jonathan is an integral part of the Brubaker & Associates team. There are few equipped with the unique insight and deep understanding of the North Carolina legislative process that he brings to the table. Jonathan is known for his strong relationships with lawmakers and staff, a key factor contributing to his successes as a lobbyist at the General Assembly. In the last five years, he has used his expertise to lead the charge on issues involving Real Estate, Tax Operations, and Insurance. He also specializes in rural and agricultural issues, as the result of decades of experience managing the operations of his family farm. In his downtime, Jonathan enjoys spending time with his wife, Megan, their son, Grant, and their daughter, Finley.

John Del Giorno was with GlaxoSmithKline for 18 years.  John led the Federal, State and Advocacy teams.  Prior this appointment, John served as Vice President, State Government Affairs since July 1997.

John has served in managed markets prior to his time at Glaxo, Inc. as a regional government affairs manager in the Midwest and subsequently as Director of Public Policy Development.  Prior to joining the company, John was a litigation attorney in the Chicago area.

John served as the GSK representative on boards of charitable, educational and civic organizations, several Boards and Advisory Committees of legislative and public policy organizations, as well as the North Carolina Biotechnology Center Board and the Alliance for Aging Research Board. He developed legislative strategy on all issues affecting GlaxoSmithKline in state and federal legislatures, interacts with legislative leaders and Governors throughout the United States, and served on various PhRMA committees and policy teams.

John and his wife, Joan, live in Cary, NC.  They have three daughters and two granddaughters.

Kaitlin Rothecker is a North Carolina licensed attorney admitted to practice before North Carolina State Courts and the United States District Courts for the Western and Eastern Districts of North Carolina. Kaitlin brings valuable insight on how to identify creative and effective solutions for her clients under the law, at both the legislative level and in the courtroom. After graduating from the University of North Carolina at Chapel Hill with a double major in Political Science and Spanish, Kaitlin began her career in government affairs as a law student at Campbell University. While in law school, she worked as a research assistant and legal intern for Brubaker & Associates, Inc. and as a government affairs consulting intern for McGuireWoods Consulting, LLC. Kaitlin also worked for the office of the Governor as an intern for the legislative and policy department as well as the Office of General Counsel.

While building a foundation in government affairs, Kaitlin quickly identified the importance of effective advocacy in helping her clients achieve successful results at the legislative level and in the courtroom. Committed to honing her craft, Kaitlin dedicated herself to becoming a skilled advocate while in law school and traveled nationally and internationally to compete in mock trial competitions where she collected an array of national championships and multiple best advocate awards. Kaitlin went on to practice law for several years with the law firm Gallivan, White & Boyd in Charlotte. There she focused her practice on complex litigation, including complex casualty claims, mass torts, insurance defense and commercial transportation litigation. Kaitlin continued to develop her expertise at the law firm of Parker Poe Adams & Berstein in Raleigh where she concentrated in litigating claims of professional negligence, medical malpractice, mass torts, and products liability. She has experience in handling all stages of litigation and trying cases to verdict. Her strengths in courtroom advocacy and legal analysis make her a valuable addition to our government affairs consulting team.

Kaitlin lives in Raleigh with her husband, Justin, and two children, Hayden and Kennedy.

Mark Fleming is the retired Vice President of Government Affairs for Blue Cross NC where he worked for 15 years. Previously Mark held the position of Vice President for Government Relations for the University of North Carolina for 5 years and served 10 years at NC State University in the Chancellor’s office.

Mark worked 3 years lobbying for Brown & Williamson Tobacco Company and 6 years as a Legislative Assistant in the United States Senate. Mark graduated in 1982 from NC State University and received his MBA from Bellarmine University in Louisville, Kentucky.

Mark has 40 years of experience lobbying and working on legislative issues. 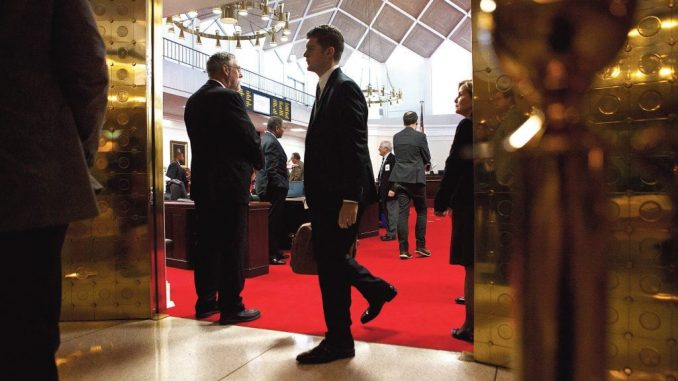 North State Journal: North Carolina’s top lobbyist July 29, 2020 Team News NC Senate Chamber The short session at the N.C. General Assembly was relatively short but packed full of policy and budget bills that resulted in battles between ideologies, interest groups and political parties. The men and women hired to navigate the intersection between… 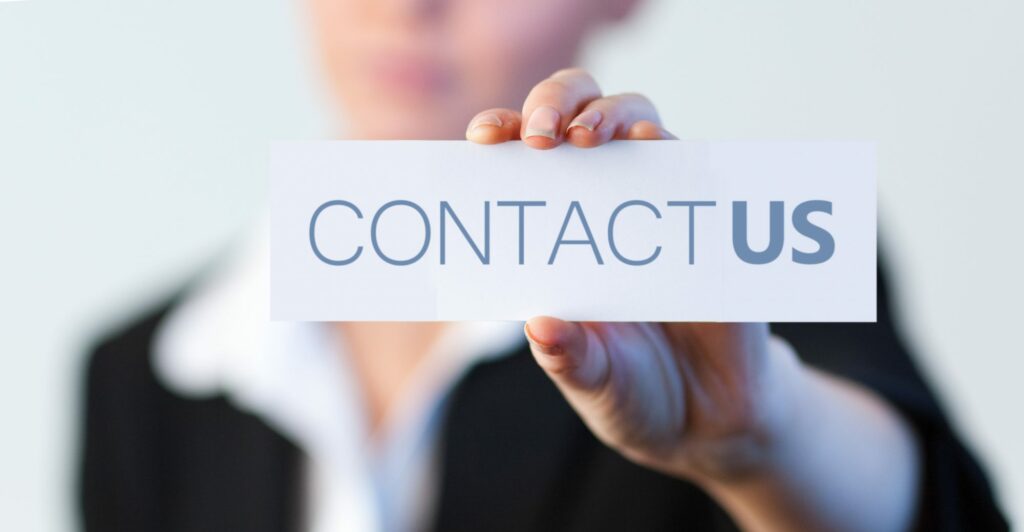 We’ve Moved. June 25, 2019 Team News In May of 2019, we have moved our Raleigh office to better situate us closer to the action on Jones Street. We are now located at 213 E. Lane Street, Raleigh, NC 27601. Since are always on the go serving clients, we have changed our phone number to… 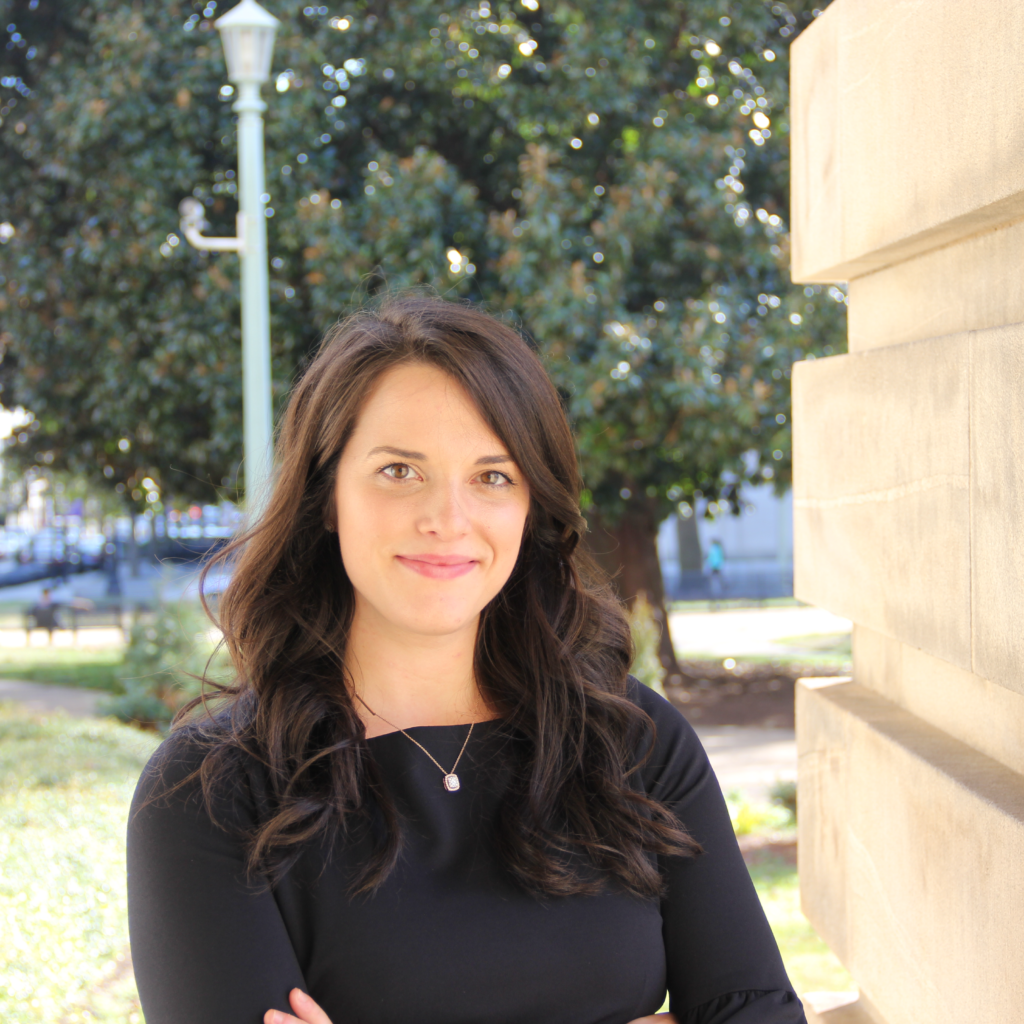 We’re Growing To Better Assist Our Clients February 13, 2019 Team News Brubaker & Associates is pleased to announce that Kaitlin Rothecker is joining our team to better assist our clients in achieving their legislative goals. Kaitlin brings valuable insight on how to identify creative and practical solutions for our clients. Kaitlin is a North…

2019 Power 100 January 29, 2019 Team News Click to see the Rankings Power is a fleeting thing. Just ask anyone who has worked for General Electric Co., the cream of the international corporate crop for decades. Now, the struggling organization is valued 30% less than industrial rival Honeywell Corp., which will soon make Charlotte…

The 50 Most Powerful People in North Carolina Politics October 10, 2018 Team News Politics is about people. That’s why we set out to rank the people who are making the biggest difference in our state’s political world in 2018. The list encompasses the top 50 elected officials, fundraisers, donors, consultants and politicos who get… 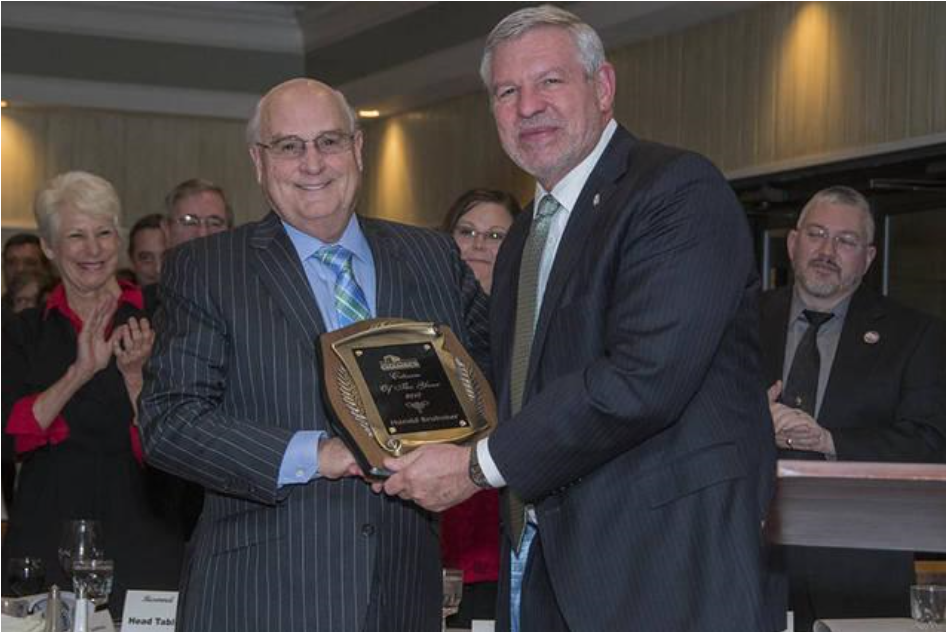 Chamber honors many, including Citizen of the Year Harold Brubaker January 20, 2018 Team News The Asheboro/Randolph Chamber of Commerce 92nd Annual Meeting, held at Pinewood Country Club Friday, celebrated a stellar year for the chamber and the community. After a successful membership drive in the spring that brought the chamber 98 new members, its… 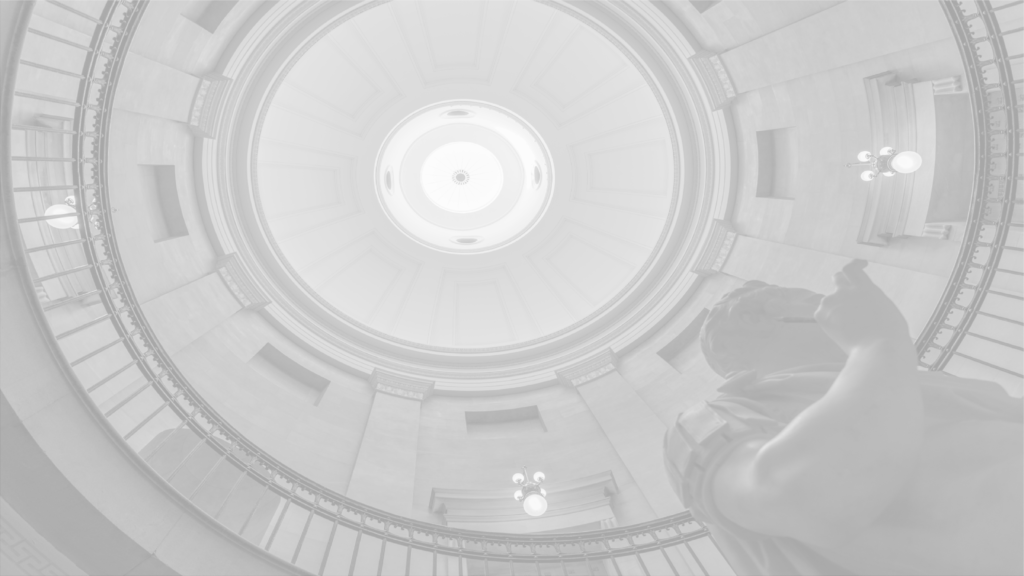 Brubaker ranked leading lobbyist at NC Legislature February 9, 2014 Team News The top leader in the North Carolina House during the mid-1990s is now atop a nonpartisan group’s list of the General Assembly’s most influential lobbyists. The North Carolina Center for Public Policy Research announced Tuesday that Republican Harold Brubaker ranked No. 1 on…

Feel free to contact us. We are excited to learn more about how we can be your strategic voice in Raleigh.